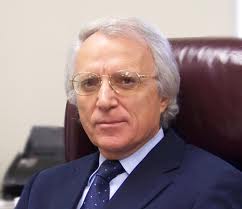 Vito M. Campese, M.D. is Co-Director of the USC/UKRO Kidney Research Center and a Professor Emeritus of Medicine, and a former chair of the Division of Nephrology and Hypertension at the Keck School of Medicine of the University of Southern California. In addition to serving as a UKRO board member, he is Chairman of UKRO’s Medical Scientific Advisory Board.

Dr. Campese has had a distinguished career at USC and the Keck School of Medicine. His first position, in 1975, was as an Assistant Professor on the Hypertension Service. He was then made an Assistant Professor in the Division of Nephrology before being elevated to an Associate Professor. He has been a full professor since 1985.

His research interests include such topics as salt sensitivity in hypertension, hypertension and renal failure, cytokines and the neurogenic control of blood pressure, and the role of the sympathetic nervous system in primary hypertension. Currently, he is a member of the Institutes of Health (NIH) Study Section, “Hypertension and Microcirculation.”

In November of 2019, Dr. Campese was awarded the Ordine della Stella d’Italia (Order of the Star of Italy) by the President of Italy.