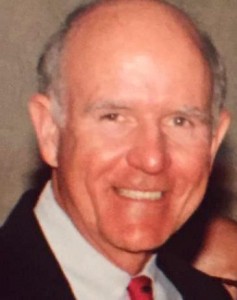 Last year was a time of great celebration for UKRO with the arrival of the KRC research team and the grand opening of the long-awaited research center. But 2016 has also been a time of loss as we said farewell to a number of friends who passed on this year.

We are very sad to announce that Joseph P. Van Der Meulen, M.D., a wonderful friend and former board member, passed away at 86 on April 6, 2016 after a long battle with Parkinson’s disease. We will remember him for his immense skill as a clinician, his innate leadership, his kindness and compassion. He was a wise and supportive senior counselor when UKRO most needed it and helped in personal ways, too, recommending the expert care of Dr. Vito Campese when our founder Ken Kleinberg first became ill with kidney disease.

Dr. Van Der Meulen received his B.A. in Mathematics, magna cum laude, from Boston College in 1946, and his M.D., cum laude, from Boston University School of Medicine in 1954. He went on to serve as an Associate Professor of Neurology at Harvard University and Associate Professor of Neurology at Case Western Reserve University in Cleveland before joining the University of Southern California in 1971 as Chair of the Department of Neurology and Chief Neurologist at LAC + USC Medical Center. He served as USC Vice President for Health Affairs from 1977 until his retirement in 2008. He also served as Chairman of the Board of USC University Hospital (now Keck Hospital of USC). From 1985 to 1986 and 1995 to 1999, he served as Dean of the Keck School of Medicine. He left a lasting legacy at USC, where he promoted neuroscience as well as clinical neurology, improving patient care by recruiting a stellar group of scientists to the university. The Joseph P. Van Der Meulen Symposium for Clinical Neuroscience is now in its impressive 23rd year at the Keck School. The Joseph P. Van Der Meulen Chair of Neurology is a fitting tribute to a revered clinician dedicated to cutting-edge research and the very best in patient care.