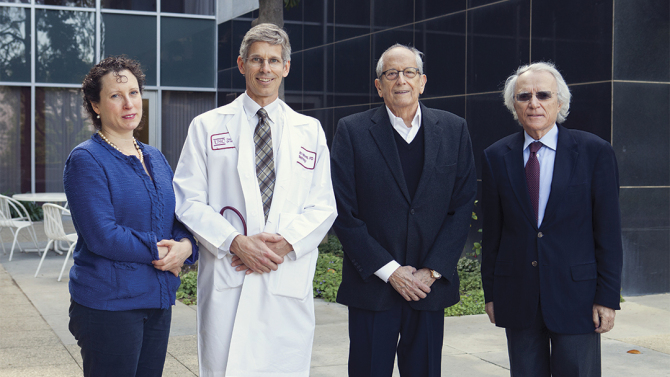 In September 2012, UKRO entered into an agreement with the Keck School of Medicine of the University of Southern California to establish what we envision as a premier center nationally for kidney research—the USC/UKRO Kidney Research Center (KRC). The research labs officially opened in September of 2015 and the KRC’s trail-blazing first team members are hard at work investigating new potential treatments and cures for kidney disease.

UKRO has made an initial $3.5 million pledge to support the establishment of the KRC, and research at the KRC will be the primary beneficiary of UKRO’s fundraising for the foreseeable future. USC’s Keck School of Medicine has not only matched UKRO’s pledge, but has exceeded it by a factor of three. We are very appreciative of USC’s commitment! 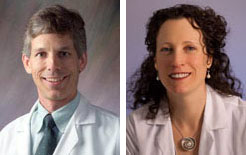 Kenneth R. Hallows, M.D., Ph.D., F.A.S.N., serves as Director of the KRC and Chief of the Division of Nephrology and Hypertension. He comes from the University of Pittsburgh’s School of Medicine, where he was an Associate Professor of Medicine and of Cell Biology, along with Assistant Dean and Co-Director of the Medical Scientist Training Program in the Renal-Electrolyte Division of the Center for Critical Care Nephrology. His areas of specialization and research interests include epithelial ion transport, cellular metabolism, polycystic kidney disease, and acute kidney injury.

Núria M. Pastor-Soler, M.D., Ph.D., is the first of a planned four-member team of clinician/scientists to be recruited for the Kidney Research Center. A former Associate Professor of Medicine at the University of Pittsburgh, her research interests include the regulation of epithelial transport proteins in sepsis-induced acute kidney injury.

Vito M. Campese, M.D., Professor of Medicine, Physiology and Biophysics, who also chairs UKRO’s Medical Scientific Advisory Board and has been instrumental in the planning of the KRC, serves as its Co-Director.

The KRC conducts both basic and applied research programs at USC and is operated under the auspices of the Keck School of Medicine’s nephrology division.

The overall objectives of the KRC are to:

Support for the KRC also includes gifts from donors like you! Please spread the word about how the KRC will have a positive impact on the lives of patients with kidney disease, and help UKRO reach its fundraising goal!

Read about research at the KRC.